Following on from a project completed in 2017, Reg & Co., have been appointed as the sponsorship agency to assist the development team on a 3-month pilot project to make approaches to unlock corporate partnerships and help increase the reach, presence, and commercial viability of the JW3 Jewish Community Centre.

The first community and arts venue of its kind to exist in London, JW3 was created from an idea by Dame Vivien Duffield, inspired by her visit to the JCC Jewish Community Centre in New York, and backed by a core capital grant from her Clore Duffield Foundation which provided £40m of the £50m project cost. Over ten years in the making, JW3 opened in late 2013. 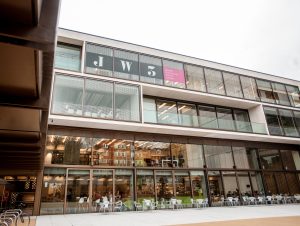 The purpose of JW3 was to help transform the Jewish landscape in London by creating a vibrant, diverse and proud community, inspired by and engaged in Jewish arts, culture and inclusive community.

JW3 Jewish Community Centre is a place for collaboration, participation and engagement and puts on a calendar of a culturally rich, diverse and extensive schedule of events, talks, classes, networking, festivals, and programmes.

The architects intended JW3 to feel like an open civic building, and incredibly, within its footprint, the community centre contains an auditorium for 270 people, a small 60-seat cinema, a bar and restaurant, a commercial-level demonstration kitchen, classrooms, medical clinics, and dance studios. On the roof is a penthouse nursery with playspace, sandpits and ball pools on its roof terrace. 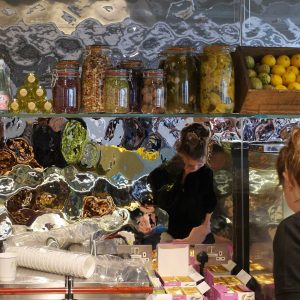 Considered in the same arts space as the Barbican Centre, The Roundhouse, and The Southbank Centre, JW3 has seen massive success as a venue, and with the cultural programme, cinema, restaurant, family Beach and Ice Rink, events and a talk series which has included David Beckham and Trevor McDonald, there are many opportunities for partnerships and sponsorship.

Reg&Co are a sponsorship and brand partnership agency

Let us show you what we can do​